With over 20 years experience as a lifeguard and surf coach, Nick Thorn runs his own surf school in North Devon and personally teaches lifeguard and surf instructor qualifications. Nick’s company is a full Lifeguard Training Centre and Surfing England Accredited level 4 Surf Accredited School. As one of the county’s highest quallified trainer assessors, Nick is certainly the most decorated waterman in the UK, having trained and competed against top lifeguards and coaches worldwide. His achievements in and out of competition are testament to his determination and love for the ocean.

Locally, Nick Thorn has been the first to achieve many challenges, raising thousand of pounds for charity. He is the only person to have swum single-handed from Lundy Island to Woolacombe in aid of Children’s Hospice South West. To date he is the only person to paddle from Lundy Island to Woolacombe as well as paddling alone from Hartland to Lundy to Croyde in over 25ft swell.

Nick’s lifetime achievements are a long list of wows, briefly he has amassed more than his body weight in medals. Having swum for England three times, Nick was;

In 2008, Nick provided training for local candidates to qualify for the first ever lifeguard service in the British Virgin Islands. “I have always used my previous knowledge and water skills in order to teach, coach, and promote others in courses, skills and life experiences.”
To further enable him to better transfer his many different water skills to others, Nick continually updates his multi skills teaching qualifications enhancing his professional development, whilst still dabbling in masters competition.

Specialising in corporate packages, group bookings and catering for Stag & Hen weekends here in breathtaking North Devon. SURERS WORLD provide accommodation options and offer a multitude of outdoor activity to inspire the wanderlust that lurks within. From surfing and swimming the mighty Atlantic, to exploring its famous coastline and majestic Exmoor National Park – SURFERS WORLD offers a complete and if required bespoke service, backed by years of local experience.
Link : http://surfersworld.co.uk/

Stand Up Paddle board tours, with the likes of Lundy Island Adventures, Surf stance for those who want to learn how surf SUPing is manageable for all abilities, enabling the sales of Product with our SUP. We also offer a Supsquatch than can cater for over 6 people on one board. This is super fun and crazy at the same time.

An experience of a life time.

Check out this for something exciting. It’s crazy to think that for us growing up on the coast – not that we knew it as ‘Coasteering’ but we’ve been doing this since we were kids. Such fun, a real work out clambering around the rocks and jumping off into the surf on those flat and unsurfable days is a real blast. Set off in an organised group around the coast checking out new spots and traversing around rocks. Guided with kit supplied, we rate this adventure as the best way to discovering the wonder of our beautiful coastline.

This is the heart of the business. Established in 2000, with some help, Nick started his surf school from the back of Gulfstream Surfboards in Woolacombe’s South Street. The business grew steadily from Nick’s home break, the same beach where he has competed for over 30 years. Woolacombe SLS gained Super Club status and Nick collected an international medal haul for surf lifesaving, swimming and surfing. Narrowly missing out on the 97 Olympics, Nick had 2 choices – move inland and train for the 2004 Olympics, giving up surfing and the beach life or head for Australia, where he joined the Cronulla & Sutherland Shire development squad to compete all over Australia. Nick’s love affair with Downunder was cemented and for the next 16 years, returning annually competing, lifeguarding and training with the best in the world. 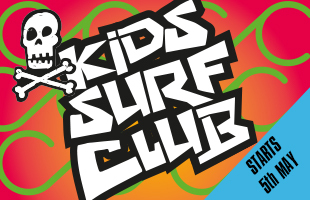 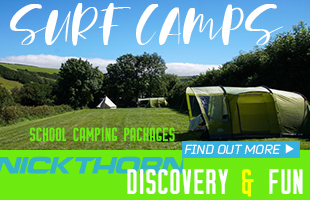